I wasn’t high when I came up with this recipe, and I’m not pregnant. You wouldn’t think so though from this crazy concoction though. It was really an attempt to use up leftovers from a huge batch of chili and some bell peppers before they went bad. My plan was actually to shred potatoes to mix in with the chili and cheese, but when I went to grab the potatoes from the pantry I discovered we were out. I kind of already had my mind stuck on trying this potato/chili/cheese stuffed pepper idea. Thankfully I remembered we had frozen tater tots for when the kids won’t eat anything else. Don’t judge.

This actually turned out REALLY good, like a new take on comfort food. The tots broke down and were more like hash browns. It was like a warm and filling hug. I haven’t had a chance to try it out with shredded potatoes, but I’ll let you know how that works out when I do. 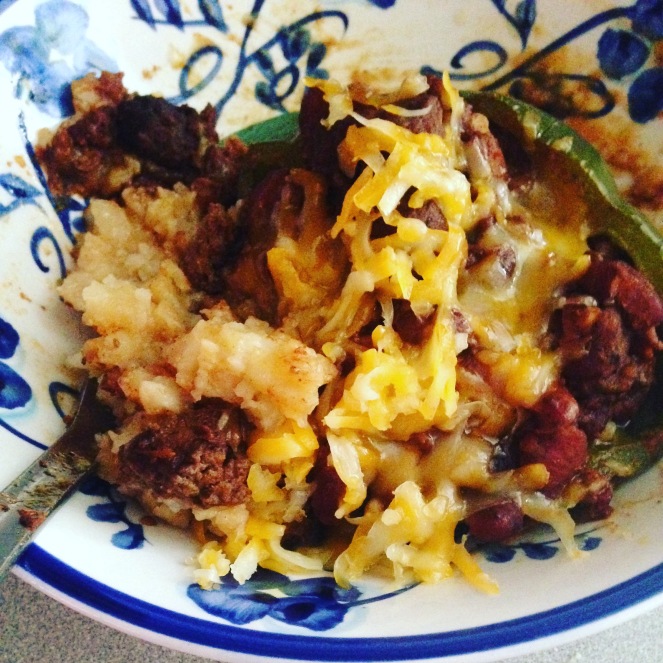 Place the peppers in a greased slow cooker. Fill each pepper 3/4 full with tots or hash browns and top remaining with chili. Cook until peppers are tender, about 2 hours on high or 3 to 4 hours on low in a 4 quart slow cooker. During the last 10-15 minutes sprinkle the cheese evenly on top of each pepper and continue to cook until cheese is melted.