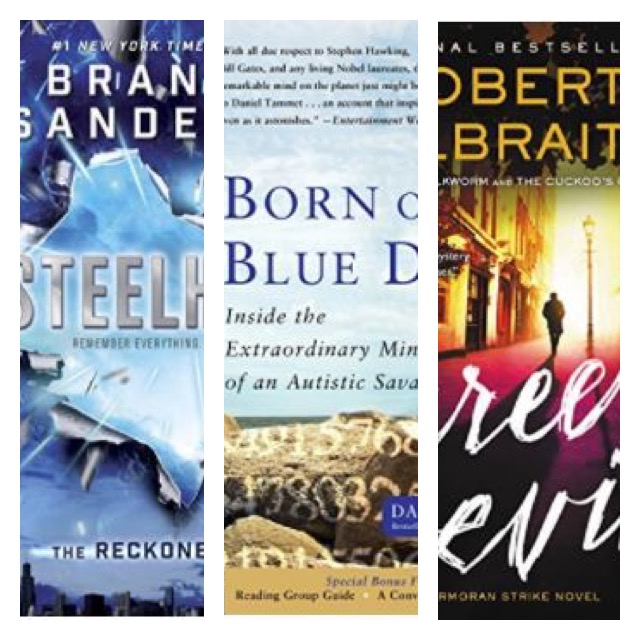 If you’ve read any of these I would love to hear your thoughts in the comments. Also tell me about what you are reading now. 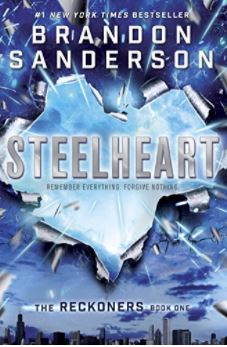 Part post-apocalyptic and part super hero, Steelheart combines 2 saturated genres into 1 fun read. A burst of brightness in the sky with unknown origins known as Calamity gave some regular humans variations of super powers. These enhanced humans became known as Epics. Epics are actually the anti super heros though, fighting for power over different regions and controlling the human race.

Each Epic has their own unique weakness. The Reckoners are a covert group that works to find these weaknesses with the intention of taking out lower level Epics. That is until they meet David who persuades the Reckoners to set their sights on Steelheart, one of the most seemingly indestructible and powerful Epics in existence.

This was entertaining and fast-paced. While I saw ahead of time part of the ending, it was not entirely formulaic. It wasn’t until after I finished that I realized  Steelheart is the first book in The Reckoners series. Like I said, this is a fun read. It’s not meant to change belief systems or world views. It’s meant to be entertaining, and it does that well. I will definitely be continuing on to the second book.

Born on a Blue Day: Inside the Extraordinary Mind of an Autistic Savant by Daniel Tammet

The most impressive thing about this book is that it was written by the autistic savant himself. Daniel Tammet was diagnosed with Asperger in his 20s, and the story recounts his experiences from child through adulthood.

Tammet is the oldest of 9 children born into a working class British family. He has synaesthesia, which means he sees letters and numbers as having unique colors, shapes and textures. He can learn languages fluently in the span of a few weeks and was able to calculate large sums without a calculator at a young age. It’s nothing short of fascinating.

I read it though through the eyes of a mother with a child recently diagnosed with autism. So how could a guy who can learn a new language in a week not be able to get a job at a library sorting books? With my HR background I have a hunch it was because of his interview skills even though he would have been able to perform the task at hand without any issue. He was resourceful and able to create other opportunities for himself though. So I found the book equally worrisome and inspiring.

Career of Evil by Robert Galbraith

Career of Evil is the third book in the Cormoran Strike series, written by Robert Galbraith (J.K. Rowling’s pseudonym). A package containing a severed leg gets delivered to the office of Private detective Cormoran Strike and his assistant Robin Ellacott. The duo start immediately digging into brutal characters from Strike’s past to track down the sender.

I’ve had several people tell me that they have tried to read these books but were not able to get into them because they are too slow. I have to be honest, I am going to read anything J.K. Rowling puts out based on curiosity alone. But I think the first two books were a slow burn leading up to this. The series seems to find its stride with Career of Evil. I even think it could be read as a stand alone for those that were not into the first two books.

10 thoughts on “Book Reviews: Steelheart, Born on a Blue Day, and Career of Evil”