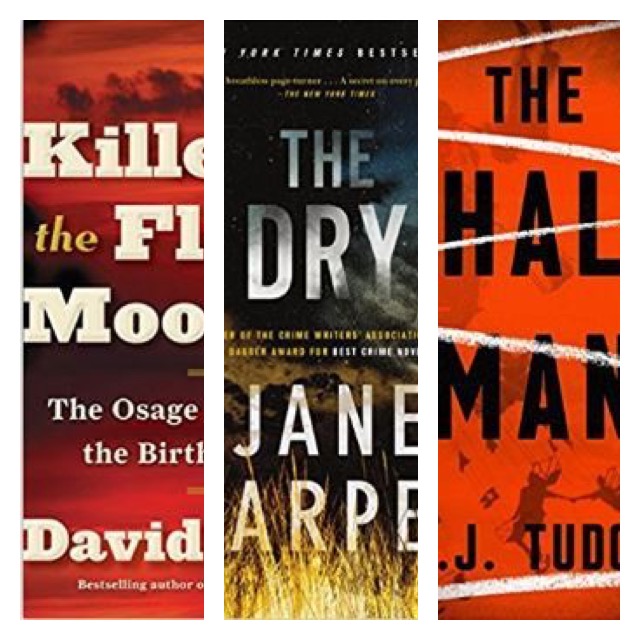 If you’ve read any of these I would love to hear your thoughts in the comments.  Also tell me about what you are reading now. Anything good?

Killers of the Flower Moon: The Osage Murders and the Birth of the FBI by David Grann 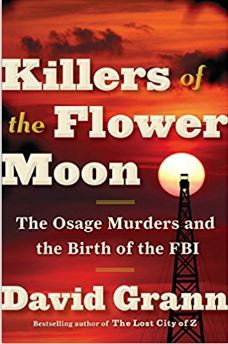 Based on a true story Killers of the Flower Moon begins in the 1920s. The Osage Indians have been moved and removed from where they were allowed to live until the US government forced them on what was thought to be useless, rocky land in northeast Oklahoma for final settlement. After oil was discovered on the land though, the Osage became the wealthiest people in the world. Still treated as second class citizens many were not allowed to operate their own affairs, and the newfound wealth sparked deep jealousy from white citizens. Slowly the Osage began to turn up murdered.

It was a lawless time much like the wild west where local law enforcement was minimal. Anyone who did investigate the murders ended up dead themselves. Eventually the death toll rose high enough for the newly formed F.B.I to step in, and a conspiracy slowly unraveled.

It took me awhile to finish this book only because there is so much information I stopped after each chapter to digest everything I read. Then I kept repeating to my husband, “I can’t believe this is true story. I can’t believe this is something that we didn’t know about until now.” This is a terrible piece of our history that saddens me deeply but also I feel strongly needs to be known. This should be a required read for at least every Oklahoman.

The Dry by Jane Harper 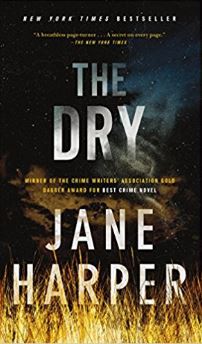 Federal Agent Aaron Falk had not been back to his small, Australian farming hometown in decades when he returned for his childhood best friend, Luke’s, funeral. During the worst drought in history it appeared that Luke had cracked under pressure, murdered his family and killed himself. Slowly we find out that Aaron’s homecoming is not a welcome one. Aaron and his father had been ran out of town 20 years earlier. Even though there was no proof, he was never convicted, and he had an alibi provided by Luke, the townspeople blamed Aaron for the death of young girl.

Believing Luke and his family were murdered, Luke’s father asks Aaron to stay and help local law enforcement investigate. Aaron reluctantly agrees. We are left to wonder if there is a connection between the murder from 20 years ago and Luke’s family’s deaths. What really happened then and what really happened now?

The Dry is very well paced. It gave just enough to keep me interested without giving away too much. The characters kept me guessing. Most importantly though the conclusion was believable without being predictable.

The Chalk Man by C.J. Tudor 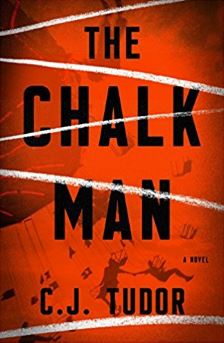 Set in a British village we learn about the main characters’ past and present with alternating chapters between 1986 and present day. In 1986 four young boys were best friends who had their own shared secret codes they left for each other all over town in chalk, until one day the chalk messages led them to a dead body. Thirty years later the now grown friends start to receive notes with drawings with their former chalk code. Is another murder about to take place? Who sent the message in 1986 and now?

There are a lot of similarities between The Chalk Man and The Dry. Both are small town mysteries. Both link the past to the present by way of childhood friendships. I’d day The Chalk Man is also well paced with a satisfying ending. All in all both are solid mystery reads.

18 thoughts on “Book Reviews: Killers of the Flower Moon, The Dry, The Chalk Man”